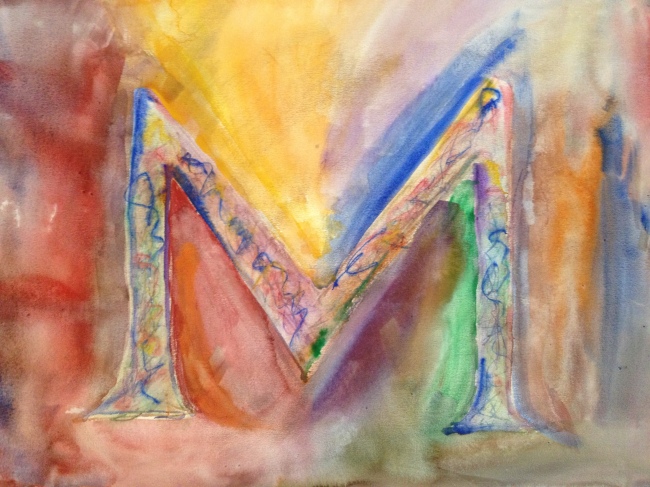 This is the first show in which I’ve had work in a long time and I’ve been painting & lettering quite a bit in the past month. You saw the beginnings in my last post and I’ve added a number of pieces to the  pile. I’ve gotten more comfortable and confident at working large and am getting to enjoy the process.

The show will give me a chance to see what all these letters look like spread out in a big space.

Breaking the component parts of language back down to letters – and exploring how to paint a letter have been interesting. Getting past my internal letterform editor and allowing the letters to be and become formed as they are was tough. 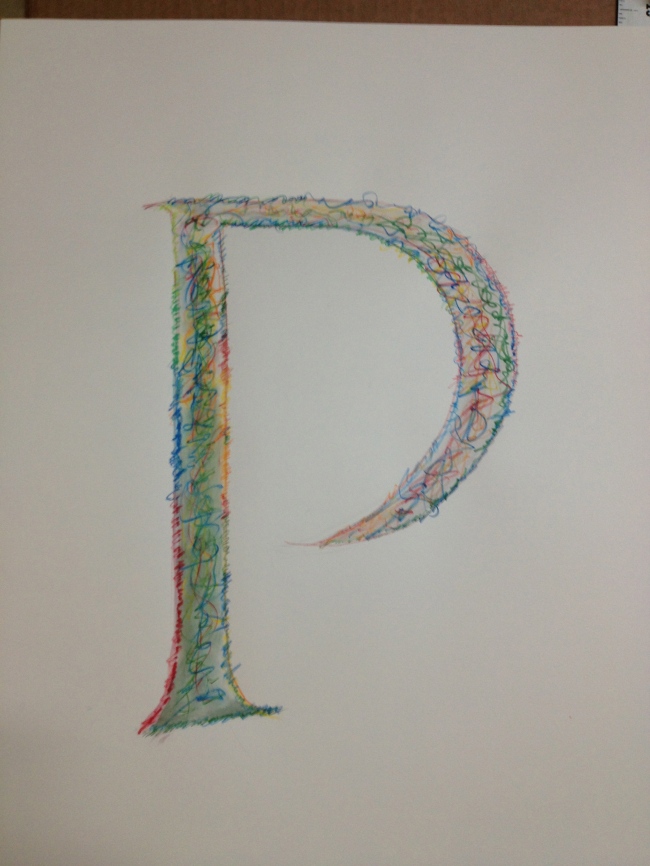 I found that if the shape of the letter wasn’t what I had in mind, then I presumed it was not any good. But friends that have seen them have found things in these imperfect letters that I didn’t see at first. The bowl of the P above is greater than a Trajan P would be. And I had a Trajan P in mind when I made it, so this is a failure. From that ideal.

The letter comes alive and its imperfection becomes an aspect of its personality. 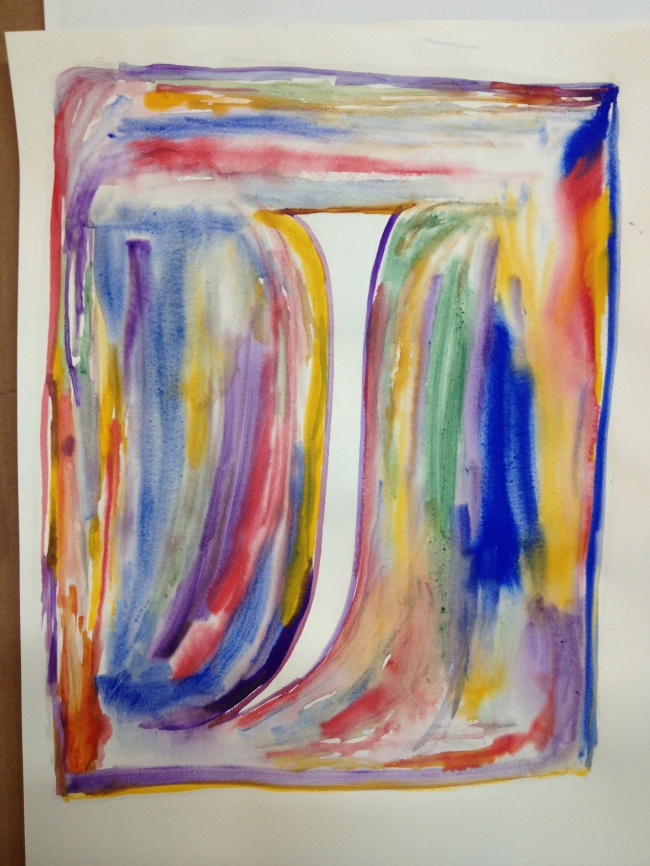 Styles and techniques got thrown together and pulled apart. Using tools in ways I hadn’t used them before makes for some fun discoveries and forces a looseness that is counter to my training.

I’ve got more to say, but for now, I’ll leave you with a Tessellated T 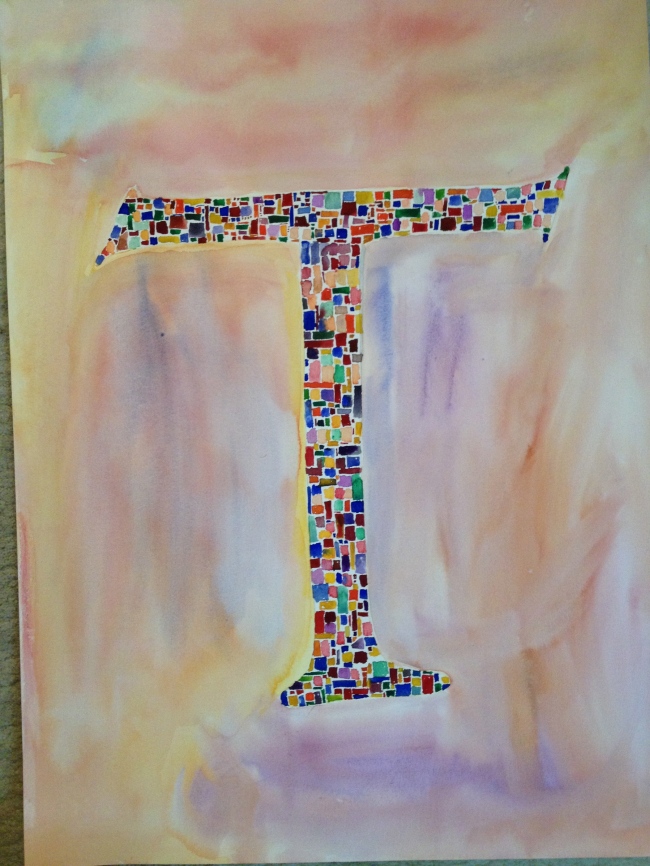 One thought on “LETTERS: Writ Large!”